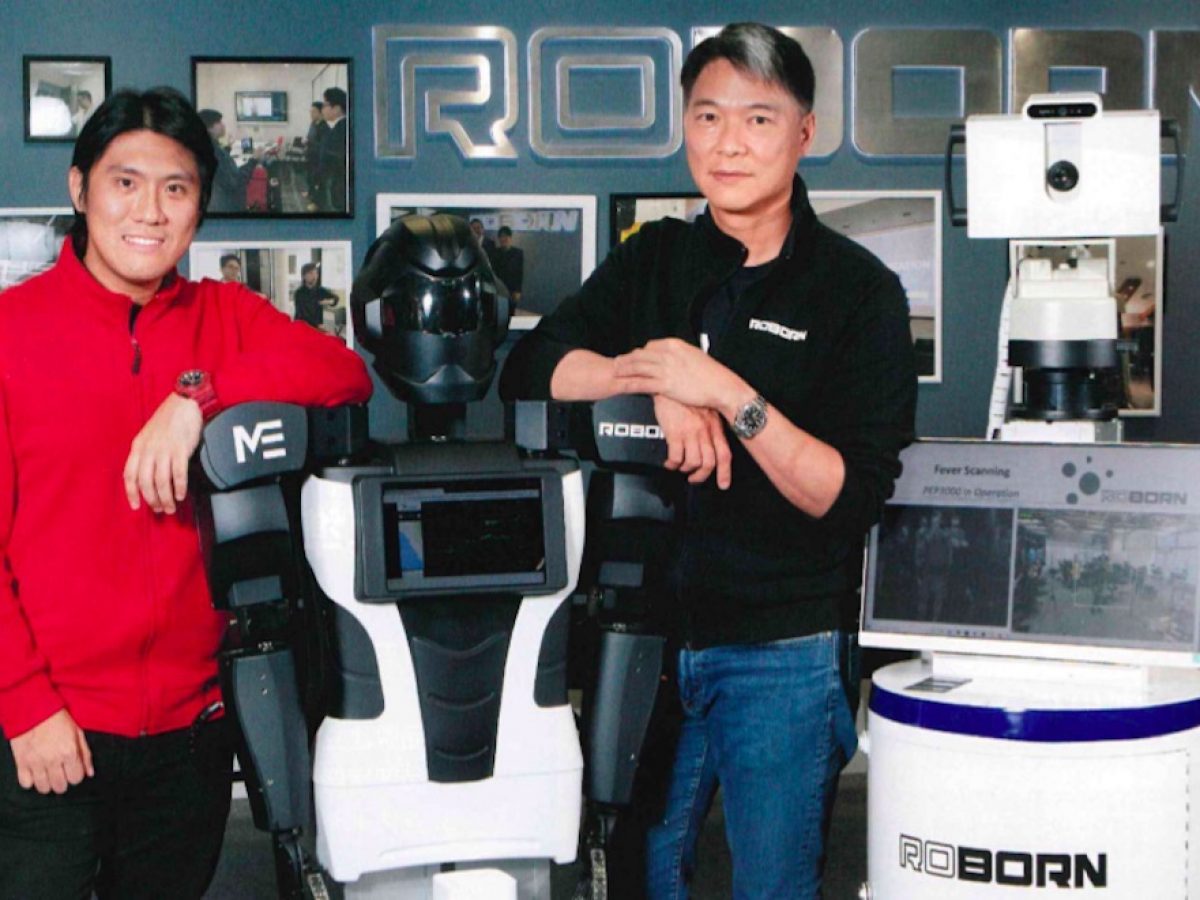 With the ongoing epidemic, Roborn, whose primary business is robotics, launched a 5G epidemic prevention smart robot earlier on identify the close contacts and help stop the virus from spreading, preventing community outbreaks. In addition to the epidemic prevention robot, Roborn also introduced its other inventions which use 5G, including ME series robots, remote controlled robotic arms, and 5G falling alarm system.

The era of fifth generation of mobile phones is coming. Due to a much higher speed in data transmission, the impossible becomes the possible. Technology is sure to further change the world.

The average consumer can feel the difference in 5G when playing games, watching videos, or video conferencing. However, they may not be able to make use of the three advantages of low latency, high bandwidth, and broad IoT by 5G.

Roborn, who is mainly engaged in robots, enjoys all the three advantages. With 5G, the different models of the robots can respond more quickly and operate more smoothly, leading humans to the era of high technology.

With the ongoing epidemic, people have to maintain social distance to reduce physical contact with each other, while turning to technology for solutions.

Roborn, whose primary business is robotics, launched a 5G epidemic prevention smart robot earlier on. “Standing” near the entrance, it instantly detects the body temperatures of the people in flow through thermal imaging technology. When it detects a person with fever, the system will immediately signal alarm.

Roborn Technology’s Co-founder and Technical Director Prof. Mak Hin Yu said, “For manual body temperature detection or fixed temperature detection devices, most of them will only be used to detect temperature for one time at the entrance. However, when people enter a place without fever, it doesn’t mean that they will not get a fever later on. Also, people will move around everywhere indoors. With the 5G epidemic prevention smart robot, people can set a program for the robot to patrol at a key time or location and collect information on the body temperatures of the people flow. Organizations can achieve agile deployment and prevent missed targets.

The head of the 5G epidemic prevention smart robot can be raised or lowered, at the same time turning left and right. Its lens can monitor people’s body temperatures at a maximum distance of 5m to 8m. Even though the people are scattered to different positions, it can still collect the data.

If the alarm is triggered when drinking hot water or for no other reason, then it will be a waste of manpower and resources. Therefore, artificial intelligence is added to the 5G epidemic prevention smart robot so that the robot will only aim at people’s foreheads to avoid false alarms.

“Once it detects someone with fever, the system will instantly transmit the images. 5G can increase the transmission speed and the resolution of the images will be higher, which is more convenient for staff members to track the people, e.g. locating that person for detailed checkup.”

If the organization has multiple entrances, or has multiple floors, it may need more than one 5G epidemic prevention smart robots in this situation. Staff members can monitor them at the same time, raising work efficiency and saving costs for human resources.

“There are three major benefits to 5G, including low latency, high bandwidth and broad IoT. While we may not completely utilize 5G’s benefits in our daily lives, remote controlled robots can.”

Roborn’s main business is the motion control system, which uses human movement to control robotic devices.  The devices can be robotic arms or robots.

The most important thing for remotely controlled robots is the immediacy. However, the data transmission speed for 4G is slower; after completing an action, it often takes 0.2 to half a second or more for the other to receive the message and do the next action. The work progress is relatively slower.

As for 5G, it allows high-speed data transmission, which greatly reduces lagging time up to 1/50 seconds. The speed is increased at least ten times, allowing the controlling work to be smoother.

As if touching real objects

ME-2 and Me-3 are mainly for R&D and testing. Me-3S has begun to be widely used. It is slightly different from the design of ME-3, such as replacing the feet with AGV and adding a screen to the centre of the body. The robot can be raised or lowered.

If the target is an egg, when B touches the egg, A can receive the message through force torque feedback. The person controlling it can feel the touch in almost real-time, as if touching the actual object. He/she can then instantly stop moving to prevent breaking the egg. The robotic arms can be used for precise control operations, such has listening to heartbeat, difusing a bomb etc.

The system uses KUKA hardware equipped with software for operation. The company can design details according to the needs of the enterprise, also introduce semi-manufactured products to other companies for secondary development.

When the robot or robotic arm is attached with a ultra high-resolution lens for various missions, the operator will gain an extremely clear view, e.g. they can view whether the cans have expired.

Roborn’s main business is to combine five major elements, including IoT, Cloud, robotics, AI and 5G to design applications of different combinations, raising the quality of life of human beings.

“In the past, the Internet speed was only 56K; it takes one minute to just open one webpage. With the advent of 3G and 4G, their transmission speed popularized smartphones. Now with 5G, the speed is even faster; downloading and streaming are much smoother, which further improves the quality of life.”

Roborn is now developing a robot for property management. It can patrol designated locations regularly, collect information from these locations, and analyze them altogether.

Roborn is developing a 5G Falling Alarm System for elderly nursing homes, hospitals, or at home. When a person falls to the ground, the system will issue an alarm to notify the caretaker for follow-up.

“Under the environment of 5G, the accuracy of the system’s calculation on the situation of limbs will be greatly increased. When it identifies an elderly falling, it can provide immediate notification to the caretaker, grasping the prime time for treatment.”

Furthermore, Roborn also launched an automatic coffee machine, in which coffee is brewed automatically by a robotic arm. The machine is especially suitable for restaurants, which helps to reduce the pressure of staff. 5G network increases speed effectively.

As mentioned above, the 5G epidemic prevention smart robot is rather large. Hence, Roborn also launched a miniature temperature detector with the size of a small doll. When people look into it, the lens at the top will adjust its angle according the position of the head and detect temperature accordingly. It can act as an access control system for the office; people can only enter after having their temperatures detected.

PrevPreviousWenweipo: Body Temperature Detecting Robots Create Win-win Situation for Innovation and Epidemic Prevention
NextTOPick: Can Robots Save the World under the Epidemic?Next