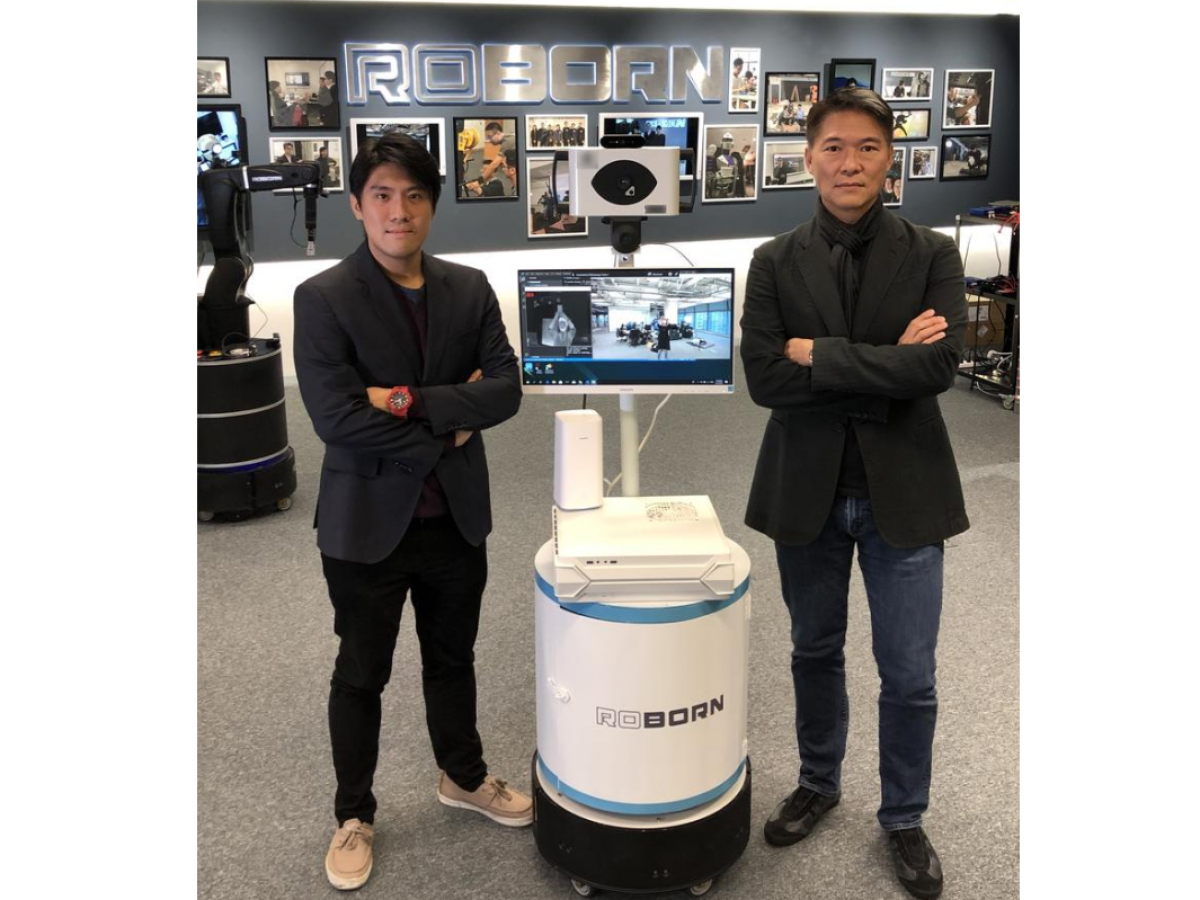 The news titled “Smart robot to join the war against coronavirus”, by China Daily

Specializing in designing and creating humanoid robots with its motion control technology, Roborn, with a team of six professors and 15 researchers and developers, began deploying the concept of its 5G epidemic prevention smart robot on the first day of the Lunar New Year.

HONG KONG – Hong Kong’s young entrepreneurs have risen to the occasion, joining in the battle against the novel coronavirus that has infected 56 people in the SAR as on Friday.

Unlike fixed infrared body temperature detection devices that are widely used, the 5G epidemic prevention smart robot can move to different locations to detect the temperature of various people, and the robot’s path can be adjusted if necessary, Mark Mak Hin-yu, co-founder and director of Roborn Technology, told China Daily.

The robot is equipped with an infrared thermometer and Roborn’s 5G air pep system that allows it to detect and monitor body temperatures at specific locations. Once the device detects any abnormal body temperature, it sends out an alarm to alert medical staff to identify and track down the suspected patient.

Besides, the robot’s screen displays epidemic prevention information and knowledge, and advises people with an abnormal body temperature on the measures to be taken.

According to the World Health Organization, the common symptoms of the novel coronavirus pneumonia, now known as COVID-19, include fever, coughing, shortness of breath and breathing difficulties.

Mak said testing body temperatures in public places would be the norm in future to curb the spread of the epidemic. To make the robot sustainable, being compatible with 5G technology is essential and the robot also supports the Wi-Fi and 4G networks, he said.

Specializing in designing and creating humanoid robots with its motion control technology, Roborn, with a team of six professors and 15 researchers and developers, began deploying the concept of its 5G epidemic prevention smart robot on the first day of the Lunar New Year.

Two days after the Chinese mainland authorities locked down Wuhan – the Hubei provincial capital at the center of the coronavirus outbreak – Mak and Larry Poon Ka-yeung, a professor of the Chinese University of Hong Kong Business School, discussed designing an epidemic prevention robot using Roborn’s technology.

“We sourced most of the robot’s components and accessories in Hong Kong and used some components of our other robots to assemble the prototype,” Mak said. Roborn is also in touch with suppliers in the United States and the United Kingdom as most factories on the  mainland have suspended operations due to the outbreak.

He said the project is self-financed by his team to relieve the pressure on front-line healthcare workers and raise efficiency in detecting body temperatures.

The robot is being tested at medical centers in Hong Kong and is ready to be deployed in the epidemic prevention efforts. Roborn’s team has tested the device at Cyberport, where the company is located. The startup plans to work with government and public organizations in future to put the robot into service.